On February 3, 2017, Charles Schwab Corp announced it was cutting its commission rates on U.S. stock and exchange-traded fund trades from $8.95 per trade to $6.95 per trade. One month later, on March 1, 2017, Fidelity Investments ran full page ads in major newspapers announcing that it would cut its commission rate from $7.95 to $4.95 per trade. According to the Wall Street Journal, “the price cuts are a way for brokerages to capture growing sums of money flowing into ETFs.”

Why would a firm voluntarily cut its prices 38%? The Journal notes, that Fidelity, “with 17.9 million customer accounts, has tried in recent years to woo millennials through improved mobile applications and debt-management services, and the cuts are partly a way to attract more younger investors. Fidelity also has tried to more aggressively attract fresh cash from investors through fund-fee cuts and other incentives.” The article also quotes Kerim Derhalli, former head of stock trading at Deutsche Bank AG that, “The industry also is wading through a generational shift. Baby boomers have started to withdraw their savings.”

Ram Subramaniam, president of Fidelity’s retail brokerage business said, “Millennials are starting to come into the market, and they represent a huge customer segment for the future,”(emphasis added).

Impacts on the Economy

These generational changes will have huge impacts on the U.S. economy. Brokerage firms slashing their commission rates are just the tip of the iceberg, as Millennials buying habits and preferences begin to be felt across industries.

The Millennial generation totals 27% of the U.S. population, less than the 35% the boomers represented at their peak in 1980. When the baby-boom generation drove the economy in the 1990s, growth in gross domestic product averaged 3.4% a year. As the Millennials hit their stride, they could help lift GDP growth to 3% or more, at least a percentage point higher than current levels.

The Millennials already account for an annual $1.3 trillion of consumer spending, or 21% of the total, says Christine Barton, a partner at the Boston Consulting Group, which defines this cohort as ages 18 to 34. As the economy pulls out of an extended period of sluggish growth, helped in part by this rising generation, annual growth in consumer spending is likely to revert to its long-term average of 3.5% to 4% from about 2% now. Likewise, consumer spending on durable goods could rise sharply.

According to the Pew Research Center, 93 % of millennials own smartphones, and 86% use social media. Microsoft’s 2016 State of Global Customer Service report found that 64% of millennials believe social media is an effective channel for customer service, versus only 27% of boomers. millennials are said to want responsiveness and self-service. While boomers might simply stop doing business with a company because of poor service, younger consumers seem obligated to warn other consumers via social media and review sites. A study by Nuance Communications found 27% percent of millennials have written a negative review – almost twice as much as boomers. millennials are said to prefer tech-savvy, self-service solutions. B2X research indicates 50% of millennials spend at least three hours a day on their smartphones.

Wellness is a daily, active pursuit for millennials, who exercise more, eat smarter, and smoke less than previous generations.

Brand preferences vary dramatically in millennial mindset importance than in previous generations, leading to challenges for marketers in every industry as they compare benefits consumers seek to brand scores in trying to focus resources to have the most impact.

Millennials are less influenced by advertising than blogs in making a purchase decision. An infographic by Crowdtap and Ipsos reveals millennials trust user-generated content (UGC) 50% more than other media. Millennials are also starting more than twice as many companies than Baby Boomers

Brokerage firms slashing their commission rates are just the tip of the iceberg, as Millennials buying habits and preferences begin to be felt across industries. Auto dealers are having to adjust to millennials’ taking 26% longer to plan and research their auto purchases, as well as lower purchase rates of cars and hiring utilization of car-sharing and ride-sharing services. Millennials are also said to expect customized and personalized solutions, which will push automakers and dealers to leverage customer intelligence to help dealers craft personalized dealer experiences.

Millennials have delayed purchasing homes, with a growing number choosing to live at home with their parents.
Retailers are finding more millennials prefer shopping at home to in-store shopping experiences.

And to come back to where we started this article, millennials are taking more direct control over their earning and investment decisions, as well as seeking advice from a much broader set of sources, according to Jason Amunwa.

Baby boomers are Americans born between 1946, the year after World War 2 ended, and 1964. About 76.4 million babies were born during that period. At its peak, the fertility rate per 1000 women reached nearly 3.7, and the boomers represented 25% of the U.S. population. The following generation, 26% smaller (popularly called Generation X or Gen X) comprised the 50 million Americans born between 1965 and 1980.

Millennials is the term for the 73 million Americans born between 1981 and 1996. In 2019, they will become the single-biggest age group in the U.S, and the Millennial population could keep growing to over 75 million people by 2020, owing to immigration, according to the Census Bureau.

Changes in the workforce are already happening. Millennials became the largest generation in the workforce in 2016, eclipsing the Boomer generation. Boomers started retiring in 2011. In 2018, 29% of Boomers ages 65 to 72 were working or looking for work, outpacing the labor market engagement of the Silent Generation (21%) and the Greatest Generation (19%) when they were the same age, according to a new Pew Research Center analysis of official labor force data. Although Boomers are staying in the workforce at the highest rate in more than half a century for people their age, with more Boomers retiring every year and without immigration to boost their numbers, the trend is inexorable. Millennials will become an even larger share of the workforce as their numbers increase due to immigration. However, it is unlikely that the Millennial labor force will reach the peak size of the Boomers in the labor force, which was 66 million in 1997.

If you haven’t considered how your customer base can be changing in their expectations of customer service and brand perception, perhaps you need to ask yourself, “are you ready to sell to millennials?”

And if you think millennials will force businesses to change, consider that Generation Z purchasing power may already begin to dwarf Millennial spending, $143 billion to $65 billion. And an article in Western Real Estate Business in June 2019 found that, as Millennials slowly move from rentals to home buying, Gen Z will take over the rental market and impose their own demands for technology and social spaces on landlords. 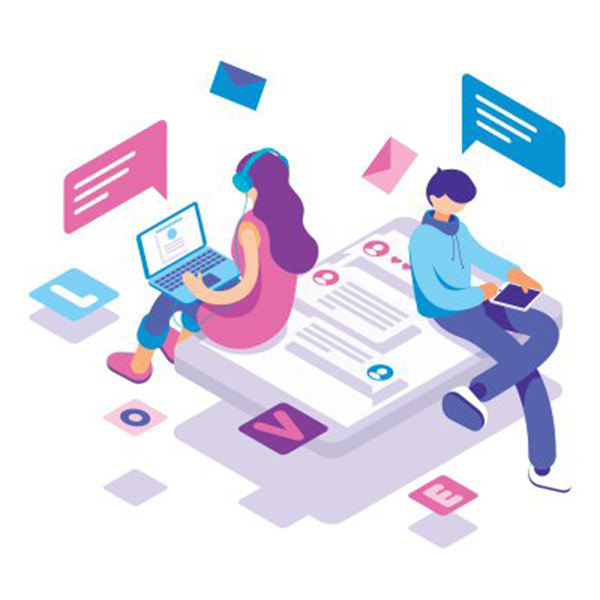 Get Started With Art