On November 6, California voters approved propositions that:
•    Temporarily increase personal income and sales and use tax rates;
•    Mandate the previously optional single-sales factor apportionment formula for corporate income tax; and
•    Approved a new gross receipts tax for the City of San Francisco, to take effect in tax year 2014.
Note that these changes are expected to impact a significant number of individual and business taxpayers in California.

Personal Income Tax Rates:
California personal income tax rates are increasing for individual taxpayers with California taxable income of more than $250,000 per year – and the tax rate increase is retroactive to January 1, 2012. The law waives the underpayment of estimated tax penalty that results from the retroactive tax law change, provided that the taxpayer pays his or her tax liability in full by April 15, 2013. The personal income tax rate increases expire after the 2018 tax year.

The proposition also increases the sales and use tax rate from 7.25% to 7.5% effective January 1, 2013. This increase will expire after four years. 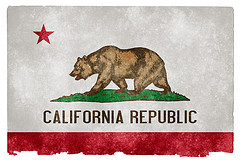 Get Started With Grant