Lose These Destructive Misconceptions – An Open Letter to Business Owners 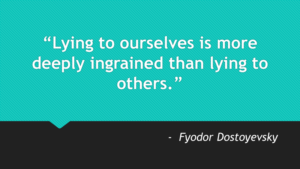 You have a lot to be proud of. You have built a solid business from the ground up and it’s a wonder to behold if you do say so yourself. But be careful. Even the most apparently stable situations can deteriorate and collapse in shockingly short order.

In ancient Greek tragedy, the hero who succumbs to hubris (excessive self-confidence) ultimately suffers nemesis (divine retribution). Jim Collins and Morten Hansen point out in their book Great by Choice that companies that achieve long-term success operate with an undercurrent of paranoia, an almost irrational concern that things around them aren’t as they appear and that unseen threats could upset them at any time. Like the heroes of Greek mythology, you too can fall into the hubris trap. All three headlines below contain direct quotes from business owners that I have heard personally. To quote humorist Dave Barry, “I’m not making this up.”

Misconception #1: “I can do everything in this business better than the people I’ve hired to do them.”

C’mon. Seriously? First, it isn’t true. The business owner who said this famously didn’t even have a sign-on to the company’s ERP system. He couldn’t have processed an order if his life depended on it. Initially it damages the business by denigrating people you truly need to succeed. Worse, it reveals a more insidious problem. You want to believe that you’re indispensable. But, if you truly are indispensable, your business is at terrible risk in the short term should anything happen to you. Beyond that, you’re stuck there forever because a business that utterly depends on its owner won’t never be sold. The sooner you get beyond indispensability, the better it will be for you and your business.

Those of us who came of age in the 1960’s and 1970’s, especially the men, grew up in a culture that worshiped a small group of highly successful coaches whose dedication to their “systems” became their trademarks. Red Auerbach of the Boston Celtics of the NBA, John Wooden of the UCLA Bruins college basketball team and Vince Lombardi of the NFL’s Green Bay Packers preached execution, execution, execution of their own set of plays. If their teams executed, the thought was, they were unbeatable. But, when one reads their biographies, it becomes clear that while they did not want their players focusing a lot on the competition, the coaches and their staffs made themselves very aware of their competitions’ capabilities, strengths and weaknesses and adjusted their game plans accordingly.

In the dynamic world we live in, failure to monitor and evaluate competitive threats is almost suicidal. Too often owners glance at their most immediate competitors, decide “we’re better than they are” and keep themselves blissfully ignorant of their real competitive environment. New management or ownership at traditional competitors, new competitors from different regions or industries and new ways of doing business crop up all the time.

If you think your business hovers blissfully above your competitive environment you’re conning yourself. You can see the examples all around you. As I write this Sears, America’s dominant retailer for three generations, faces almost inevitable bankruptcy, brought low by innovative competitors who have undermined their traditional model for success. Gillette, one of Jim Collin’s Good to Great companies in 2001 just cut prices 20% as their US market share, which sat at 70% as recently as 2010 plummets due primarily to attacks from Harry’s.com and Dollar Shave Club, companies that weren’t even on the radar in 2010.

If big companies seem too distant to be relevant, just drive through one of the older industrial areas of your town. Every town has one. Look at the formerly thriving businesses boarded up or operating with a handful of cars in the employees’ parking lot. It happened to them and it can happen to you. If you let it.

Often when I’ve heard this attitude expressed, the Owner follows it up with one of two quotes:

“Everyone has a plan ’till they get punched in the mouth.”

No battle plan ever survives contact with the enemy.

The attitude expressed in these quotes betrays a total misunderstanding of the value of planning and the planning process, so I’ll answer with my own quotation:

In preparing for battle I have always found that plans are useless, but planning is indispensable.

As General Eisenhower points out, the plan itself isn’t as important as the planning process. Often, owners avoid the planning process precisely because it’s the opposite of the daily grind; uncomfortable, unfamiliar, uncertain and in the short term not terribly gratifying. And therein lies its value. The owner is forced to define what the business will be and even more uncomfortably, what it won’t. He/she has to understand and re-establish the company’s unique value proposition, deal with changes in the market environment and a host of other potentially unnerving subjects. Planning done well forces the planner to consider things he/she doesn’t want to think about and face the company’s real situation without illusions. Good planning often drains the planner emotionally, intellectually and sometimes even physically. But the business is better off for it and over time won’t survive without it.

The three traps have a unifying theme. Owners put their businesses at risk when they fail to think about them clearly. Businesses don’t sustain success by accident; by avoiding these three comfortable misconceptions you can help to assure your business’s future, and your own. I wish you a future of clear-eyed success.

Jeff Mann is a Partner with B2BCFO® located in Fort Wayne, Indiana. He helps business owners to achieve their personal and financial goals by providing “big company” CFO expertise to privately held businesses. Jeff applies his 40 years of financial experience to help business owners think clearly about their businesses. You can find Jeff’s other articles at jeffreymann@b2bcfo.com.