My Bank Doesn’t Support My Vision. Don’t They Want to Make Money? 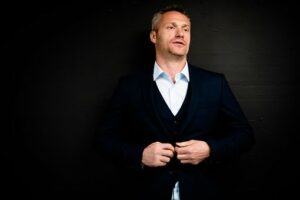 This is the third in a series of conversations between a financial consultant and trusted advisor named Jay and his clients and friends. The conversations deal with the misconceptions and misunderstandings between business owners and their bankers. I hope you find it helpful and entertaining.

Jay sat in his car looking at his schedule. Ninety minutes until his next appointment…maybe he’d grab some lunch. His phone rang, it was Buck Thomas. Jay punched the Blue tooth button on his steering wheel and opened, “Hey Buck, how’s my favorite client?”

“I’m just pulling out of the lot at Willis Packaging,” Jay replied.

“So you’re just over the Interstate. Do you have time to come by? I want to talk to you about something.” Buck said.

“I have to be somewhere at one, so I can come for awhile.” Jay answered.

“Great,” Buck answered. “Tell you what. I’ll order subs from JJ’s and we can eat lunch while we talk. What do you want?”

Raymond “Buck” Thomas was the owner and CEO of Buckingham Products, a manufacturer of highly engineered specialty fasteners and Jay’s longest tenured client.

Buck was a local legend. He had starred as a three-time All-Conference middle linebacker for the local university.  After college he had joined the company as a sales engineer and doubled sales each of his first two years. Seeing what their company was becoming, the aging owners decided to retire and offered to sell the company to Buck, then only 24. He jumped at the chance, found financing, changed the company name in a play on his nickname, and over the next fifteen years drove the company to a leadership position in its niche market.

Now 52, Buck still looked like he could strap on pads and chase down running backs. While he now channeled his competitive nature into triathlons, he was still a middle linebacker at heart. He didn’t do business as much as he attacked it with a combination of intelligence, intuition, aggression, hyper-competitiveness and bravado. Jay had worked with Buckingham Products for over 10 years and still met with Buck twice each year, in the spring to review year-end results and in the fall to set budgets and plans.

“So how are things going?”  Jay asked as he sat in Buck’s large, well lit office.

“Tremendous.” Buck answered emphatically. “Sandy has been on a real hot streak. Five new accounts this year. Our run rate last month was 62% over last year.”

Sandy was Buck’s daughter Sandra, Buckingham’s Vice President of Sales. Though only 28, she was very much her father’s daughter. Like Buck she had graduated from the local university with an engineering degree while starring as a varsity athlete (in her case as a hard-charging lacrosse mid-fielder) and her personality so mirrored her father’s that her colleagues sometimes referred to her as “Buck-ette”, though never within earshot.

‘Yeah. But it’s created a problem for us, and that’s why I wanted to talk to you.” Buck said. “We’ve grown so fast that we have a capacity issue. I don’t want to add a third shift. We won’t be able to find the skilled workers, plus a lot of our high precision machinery isn’t built to run around the clock.”

“Well, last month Phil, our manufacturing VP and I went to the machine tool show in Cologne.” Buck said excitedly,” Hoffbauer, the German company has a new multi-purpose machine that could triple our capacity, and we’d only have to add eight people. We’ll be set.”

“What do these machines run?” Jay asked. “I’m guessing it’s a pretty penny.”

“Including installation and training, about $3.8 million.” Buck replied.

“You would have to finance it I assume.” Jay responded.

Jay sat back in his chair. He could feel one of Buck’s trademark rants coming on. Buck did not disappoint.

“The bank was in last week for their semi-annual visit. Tom my relationship manager and his boss Martha. When I brought up the Hoffbauer machine, I thought they’d be enthusiastic at the opportunity. Instead they kind of pulled back and got really quiet, not encouraging at all. They sent over some application paperwork, but they haven’t gone after the business the way I thought they would. I mean, I don’t get it, don’t these people want to make money?” Buck said, in a loud and frustrated voice.

“Sure they do,” Jay replied. “But it’s not their absolute highest priority.”

“Not their highest priority,” Buck bellowed. “What’s a higher priority than making money?”

“Preserving principal.” Jay replied evenly. “Everything in the typical bank’s culture and their regulatory environment drives them to avoid losing their depositors’ money. Because of that, they will always have a lower risk tolerance than you will.”

“So, they don’t play to win, they play to not lose.” Buck said contemptuously, displaying his inner linebacker.

“A little harsh, but not all wrong.” Jay replied. “Think about it Buck. When banks fail what’s almost always the reason?”

“Bad loans.” Buck responded, his voice calming ever so slightly. “I guess I could go for some kind of alternative financing, but that’s such expensive money and I don’t feel like I should have to.”

Buck smiled. He leaned forward over his desk toward Jay and said in a conspiratorial voice, “Because, this time we’re going to get the Amalgamated contract.”

Jay shifted in his chair and said in a mildly exasperated voice, “We aren’t going to go through that again are we?”

“I’m telling you we’re getting the bid this time, Jay.” Buck said excitedly. “Sandy has put together a great bid. We have better pricing and better product. We’re even throwing in the initial tooling.”

“You always have a better product and price.” Jay replied quietly, “What’s the difference this time?”

“This time, we don’t have to deal with that jerk David Allen, their supply chain VP. He finally retired. They replaced him with a guy named Tim Jordan. Sandy’s been working him hard. They’re both officers with the local ASQ chapter and she’s gotten to know him pretty well.” Buck explained triumphantly.

“This new guy, Tim Jordan. Did they bring him in from the outside?” Jay asked.

“No, they promoted him from Director of Procurement.” Buck replied sensing that he wasn’t going to like where the conversation was headed.

“So,” Jay said summing up. “You’re confident that David Allen’s protege, the guy who physically issued the purchase orders to Fastenergy for the last however many years is going to toss a 30+ year vendor relationship over the side and choose Buckingham.”

Jay continued. “Do you think David Allen taught Jordan the trick where they use Buckingham’s bid to bring Fastenergy’s pricing and specs back in line?”

“Damn you.” Buck exclaimed, his voice quivering in anger.

Jay pursed his lips and dropped his head slightly surveying Buck over the top of his glasses but said nothing.  He was used to Buck’s outbursts.

After a short interval Buck spoke again in total frustration. “Jay, I swear, sometimes you remind me of my dentist.”

The incongruity of Buck’s comment caught Jay by surprise. Suppressing a chuckle Jay asked, “your dentist?”

“Yeah,” Buck answered. “I mean, when he told me I needed that root canal a few months ago I knew he was right, but I didn’t have to like it.”

Buck sat back in his chair fuming, but Jay wasn’t quite finished raining on his parade. “Buck, question on a different topic. When do you make the last payment on the MS-89?”

At the question Buck sat upright in his chair, he looked out the window for a moment. When he turned back the bravado had drained from his face. “Fifteen more months. That’s it, isn’t it.” He said quietly.

“It almost has to be part of it, Buck.” Jay replied. “Just about everyone involved with that situation is still with the bank.”

After banner sales growth in 2005, 2006 and 2007 Buckingham had purchased the MS-89, a state-of-the-art multipurpose machine that Buck believed would drive the business to the next level. The bank had provided the financing for the MS-89 and several bank dignitaries had attended the celebration in mid-2008 when the first production part rolled off the line. Within months, as the Great Recession got worse Buckingham’s sales cratered. A few small customers went out of business leaving their unpaid balances behind. In the chaos that ensued, the debt service for the MS-89 threatened to take the company under.

It was then that Buck had engaged Jay to help him to manage the crisis. With the help of a lean manufacturing specialist the company made production more efficient. Jay helped the company to find expense reductions and to shorten its cash cycle. Buck also took the painful steps of a major lay-off and an across the board pay cut. Buck stopped taking any salary at all. By late 2009 the company was operating at cash break-even. But even that was not enough to cover the principal payments.  With its cash reserves nearly gone, Jay helped Buck put together a proposal to refinance the MS-89.

The refinancing proposal involved Buckingham paying only interest on the loan for two years and principal and interest payments for another ten years after that.  The bank didn’t like it much, but 2009 had been a horrible year for them and they didn’t want to end it with another high-profile write-off. The bank demanded and got some reporting concessions and a substantial refinancing fee but, in the end, they went with Buckingham’s proposal.

For the next year Buck went back on the road, scraping up every piece of business he could find. As 2010 rolled into 2011 the company slowly began to pull itself up and by the time the principal payments began again, the company was able to afford them.  But it was clear that the bank hadn’t forgotten.

“OK, Jay, I get it, but I still need to increase capacity, we’re getting overwhelmed.” Buck complained.

“Well,” Jay answered, “lets figure out what new equipment you need to deal with your likely growth level and take a proposal to the bank to finance that. First, have Sandy put together a sales forecast for the next three years.”

“You know what that’s going to look like.” Buck said with a grin. “She is my daughter after all.” Sandy tended to forecast with rose-tinted glasses.

‘I’m counting on it.” Jay replied, “That can be our “best case” scenario. Then have Sandy do a second forecast, 80% of your current level on any business you’ve had for three years or more, 50% of the new business Sandy has brought in over the last three years and no Amalgamated. That will be our “worst case”. Then you and I can figure out a “most likely” case that sits between them. We’ll use that to figure out the capacity you need to buy and build a financing proposal around it.”

“Why do the best case and worst case?” Buck inquired.

“It’s Hoffbauer,” Buck said with a chuckle. “Why show the best case. You don’t believe we’ll get that business.”

“I don’t,” Jay responded. “But I don’t know that you won’t. What if Tim Jordan hates Fastenergy and has been secretly waiting 20 years to dump them. If that happened, you would need the Hoffbauer.”

Buck’s receptionist had brought their lunches during the conversation and Jay’s sat untouched on the corner of Buck’s desk.

“It won’t be the first sandwich I’ve eaten in the car.” Jay replied as he strode out the door sandwich in hand. “Call me when you have those forecasts.”