This memorandum fully discloses the historical account of the case of B2B CFO® against Kenneth (Ken) Kaufman and CFOwise. We will begin this account with the end results and will then chronologically disclose the historical facts. 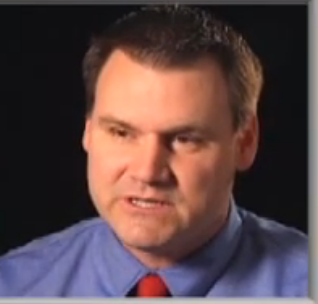 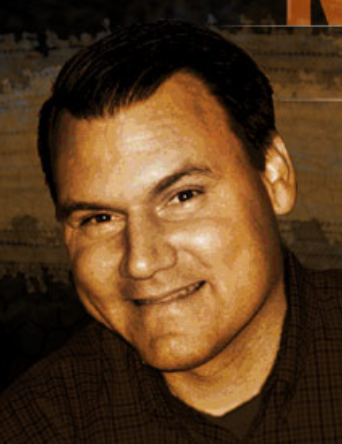 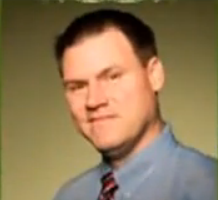 Kenneth (Ken) A. Kaufman, Founder CFOwise
Currently works full-time as a CFO for a medical device company in Orem, Utah

Ken Kaufman and CFOwise paid our company $220,000 to settle the lawsuit, which was scheduled to go to trial on May 15, 2012. Kaufman made the following public announcement:

"By executing this agreement, Defendant Kenneth A. Kaufman admits that he copied the intellectual property of B2B CFO, LLC and B2B CFO Partners, LLC, in violation of federal civil copyright law."

Below is an historical account that led Kaufman to pay this amount of money to our company and to make this pubic announcement.

Kaufman approached us and asked to join our firm. He told us that he needed to learn how to sell CFO services and desired to be a partner in a successful company like B2B CFO®. He stated that he was only earning about $5,000 a month and that his family was starving.

Kaufman asked for and signed a Confidentiality and Non-Disclosure agreement regarding our intellectual property. He signed a partnership agreement, in which he agreed to certain Fiduciary Duties to be a partner in our firm.

Kaufman called us and told us he was leaving our partnership. He stated that he would no longer comply with our partnership agreement that he had signed in 2006.

Several partners in our firm emailed me and told me that Kaufman had created a new website under CFOwise and that he had copied many things from our website, brochures and other intellectual property.

A CFO named Larry and his wife, Susan, called from Nevada with some disturbing news. They disclosed that they had talked with Kaufman about CFOwise. Susan stated,

"We do not feel comfortable with Kaufman because he is stealing from B2B CFO®."

I asked Larry if this was true. He stated:

A different CFO from an outside state (he has asked his identity to be protected, but the affidavit is a matter of public record) called and told me he had been talking with Kaufman about CFOwise. He told me that Kaufman told him something that was very disturbing in a recent conversation:

"He (Kaufman) said there is no reason to join B2B CFO® because he was trained by Jerry Mills and has his training manual. He told us that I could learn everything that B2B CFO® could teach but for a much lower price."

I called a former partner of Kaufman, Jerry Agee, who lived in Park City, Utah. It was our understanding that Mr. Agee joined Kaufman's firm and had been trained by Kaufman on July 15, 2008. I told him about the two conversations described above and asked him if I could visit with him to show him our training manual and have him compare the training manual, brochures, etc. that Kaufman had given him. He agreed to the meeting.

I flew to Park City, Utah and met Jerry Agee for 1 ½ hours at the Park City Coffee Roaster. We compared the training manual that Kaufman had given to him on July 15, 2008 to our training manual that had been printed the same month. Almost every page from both manuals was compared to each other. Mr. Agee maintained control of the Kaufman manual the entire time of our visit and left the café with the manual. He did not give me a copy of anything from the Kaufman manual. His closing comment to me was:

"It appears that Kaufman has stolen 98% of your training manual."

A lawsuit was filed in Federal court (2:09-cv-02158-SRB) against Kaufman, CFOwise and his other related entities. The claims made were:

The case was assigned to Judge James A. Teilborg.

Kaufman was deposed by our attorneys in Salt Lake City, Utah. During the deposition he admitted that he was still bound by the confidentiality and non-disclosure agreement (signed 3/26/06) related to our training manuals, brochures and other intellectual property.

Kaufman then disclosed, under sworn testimony, that he acknowledged that in 2006 he had received resumes of CFOs that had been sent to our corporate office. He had been asked to help recruit these CFOs for B2B CFO®. In at least one case, he did not recruit the CFO for B2B CFO® but hired this CFO for his own company. This was a serious breach of Fiduciary Duty to our company because he was a partner in our firm at that time of the hiring.

Judge Teilborg ruled on our Motion for Summary Judgment. He ruled in our favor, stating:

"...as a matter of law...the (B2B CFO) Manual is entitled to copyright protection."

Judge Teilborg ruled on the matter of Kaufman's copying of our material:

"The Court therefore finds as a matter of law that Plaintiffs have proven the Kaufman 2008 and 2009 Manuals share a similarity of ideas and expression with the (B2B CFO®) 2005 Manual."

This ruling by the Federal judge gave us absolute confidence that Kaufman and CFOwise would be found guilty by a jury of their peers when this case went to trial.

An amended complaint was filed against Kaufman (CV09-2158-JAT) adding a new complaint: Breach of Fiduciary Duty.

Kaufman's attorney called and offered a settlement in lieu of going to trial on May 15, 2012. I was against the settlement because I felt that Kaufman should face a jury of his peers. Our attorneys told us that Kaufman was willing to publicly admit guilt regarding the main count, Copyright Infringement, and advised that we accept his guilty plea.

Ken Kaufman and CFOwise paid our company $220,000 to settle the lawsuit, which was scheduled to go to trial on May 15, 2012. Kaufman made the following public announcement:

"By executing this agreement, Defendant Kenneth A. Kaufman admits that he copied the intellectual property of B2B CFO, LLC and B2B CFO Partners, LLC, in violation of federal civil copyright law."

Lessons learned from this lawsuit

The lessons learned from this experience are many. Perhaps the following might help my fellow CEOs as they grow their businesses. I hope this information might save them time, frustration and money.

Kaufman has yet to apologize or show remorse for his actions against our firm and his former partners.