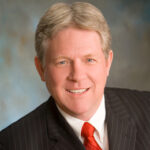 Fortune Magazine published an article years ago named, Permanent Vacation? 50 and Fired. I would like to expand on a few things regarding this topic. First, let’s visit some of the quotes from the article, which was years ahead of its time:

“You’ve got hundreds of thousands of obsolete professionals who can’t find employment in positions where they’ve been successful. These are people living off retirement savings 15 years before they were supposed to retire. They don’t know what they’re going to do.”

“Peter Capelli, a professor at the Wharton School, says the executive recruiters he talks to don’t want older people who have tenured compensation – not when they can hire younger, cheaper people. ‘It makes economic sense,’ he says ‘It’s just hard on employees. They were hugely valuable yesterday, because they performed valuable skills. And now they’re tossed on the general labor market where they’re suddenly not worth much.’”

“…there’s a good chance they’ll end up in a category you might call involuntary consultants.”

“’My heart really goes out to the 55-year-olds who can’t come to terms with what’s happened to them,’ says Lynn Guillory. ‘They are still looking for the old implied employment agreement: The company would take care of you; all you had to do was work hard.” Forget the paycheck, he tells them. Your W-2 days are over. It’s a 1099 world now.’” (Fortune Magazine, Permanent Vacation? 50 and Fired, May 2, 2005)

The thought that the “W-2 days are over” can be a very frightening thought for many professionals. I have talked to hundreds of CFOs over the decades and understand the thought process and the fear that overcomes one regarding this topic.

In fact, I remember the conversation I had with my wife when I told her I was going to start B2B CFO back in 1987. We had four small children under the age of eight and my wife was a stay-at-home mother. After explaining what I was going to do she looked off into the distance for a few seconds and then turned back to face me. I saw the fear in her eyes. She asked me only one question, “Jerry, what about a steady paycheck?”

Christine and I have not had a W-2 check since 1987 and we would not want the pay-cut by accepting a W-2 job today.

This 1099 concept may be foreign to some, so let’s visit The Millionaire Next Door:

“Being self-employed gives one much more control over one’s economic future than does working for others. Conversely, employees today, even high-income-producing executives, have less control over their livelihoods than ever before. Downsizing, for example, is taking its toll, even among the most productive employees. More often than not, even high-income-producing employees are not likely to be millionaires.” (page 93).

There are several problems with being forced into being an “involuntary consultant,” such as:

(1) The lack of time to plan before starting the business.

(2) One’s heart may not be fully into the business. There is no transparency with this topic. Astute business people will see the lack of “fire in the belly” and will be cautious to hire such a consultant.

(3) The lack of training on the proper way to sell.

(4) Lack of knowledge about the industry, which is very specialized and very competitive.

(5) Inadequate funding to do the branding and marketing correctly.

(6) Unknowingly creating exposure for future litigation against the involuntary consultant.

(7) Inability to distinguish oneself from the competition, hence, falling into the trap of charging lower fees than one is worth.

So, it REALLY is a 1099 world now, but that gives opportunity and freedom to many of us.

Get Started With Jerry